While breastfeeding certainly has its fair share of proponents and detractors, these celebrity mums have made their stance perfectly clear by posting photos of themselves breastfeeding on Instagram.

In honor of #wbw2016. #normalizebreastfeeding. Alyssa is a well-known advocate for mothers to breastfeed in public. Last year on The Wendy Williams Show, when she was told that breasts are sexual things and hence shouldn’t be flashed in public, she said: “But biologically, they’re not made for sexual things. That’s what we’ve done to them.”

Taking a moment today to give thanks for the gift of breastfeeding ?? Nature had things figured out long before we did and I believe there is no better source of nutrition for our babies than a mother’s milk, when we are able to breastfeed. It’s not an easy process, but I encourage you to not give up! It was challenging for me at the start, but I am loving every step of this journey. I celebrate the women who have made this beautiful commitment!! ❤️❤️❤️ I would love to see your #breastfeedingselfie, post or tag a friend who is #breastfeeding XOXO, KK #14weeksandcounting #kkhealthyliving #kkstyle #kkbbaby2 #grateful

The model faced much criticism when she posted a photo (pictured above) of her breastfeeding her child. She answered her detractors in an interview on Amazon programme, Style Code Live, saying, “It’s not like we’re doing something bad, we’re doing something beautiful. We’re giving life, we’re giving nutrients to the baby, we are designed this way.”

Sunday morning snuggles with my baby girl. So grateful for this precious gift.

This shot of Liv Tyler was taken by her husband, David Gardner, just two weeks after her daughter, Lula Rose was born. She had previously shared that she breastfed all her kids.

The actress has been vocal about being pro-breastfeeding, even posing for a shoot while breastfeeding for Glamour magazine.

Though she doesn’t mind sharing her breastfeeding photos, the former The Hills cast member once mentioned in an interview with People magazine that breastfeeding was the most painful thing. “For me it was more painful than c-section.”

The Korean actress’ post of her breastfeeding her kid drew many negative comments with many saying that the photo was inappropriate and that she was hungry for attention. During an interview on TV show, Video Star, she said: “I still don’t understand why that photo was a problem. I uploaded the photo because I felt like I had become a real mom.” 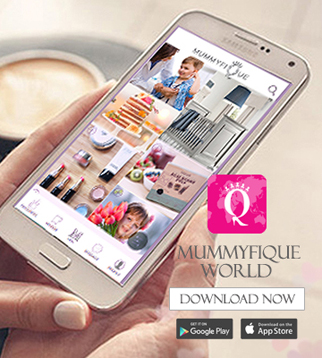